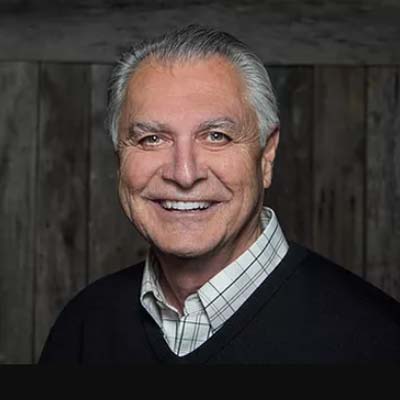 As founder and president of Communicate to Connect™ and creator of the 231® Sales System Training Program, Steve Craver has developed, coached and trained numerous business executives, including Fortune 500 CEOs, managers, sales professionals, analysts, and wholesalers.

Steve’s career in sales training and management spans a period of more than thirty years. He began by selling books door-to-door to fund his education at Western Carolina University, where he was pursuing a B.S. in psychology and a minor in speech communication. His interest in human behavior soon merged with his work in sales.

Steve was national sales manager for a major international corporation and executive director of a non-profit dedicated to training individuals to become effective communicators. While Steve has a heartbeat for sales, it was the act of coaching and training others that gave his work purpose.

Steve started Communicate to Connect to help people become better presenters and communicators. He believes there are two fundamental elements that are key to success in business and life in general—process and communication. The success of his program led him to broaden the scope of his business to include sales training, personal and professional development, leadership development, and strategic business planning.

He is certified as an executive coach, life planner, and a strategic business planner and has been featured in numerous publications and newspapers, including the Wall Street Journal and Los Angeles Times. He is a regularly invited guest speaker at national conventions and corporate gatherings comprised of leaders from major corporations, financial institutions, and nonprofits.

Steve and his wife live in historic Franklin, Tennessee along with their two Labrador Retrievers. He enjoys spending time with his family and maintaining the grounds around his home.